Where Flowers Bloom so Does Hope - Oh Chamomile, Make Me Calm!

Chamomile has always been a best selling herbal tea in our shop for years but has enjoyed a surge in the recent months during quarantine. I thought that I really knew a lot about this golden elixir but wanted to really dig deeper into the history to gain a better understanding of the how and the why of its popularity and uses across cultures. What I found was centuries of use for nearly every malady under the sun.

Chamomile has a long history throughout many cultures, but its earliest written recorded use goes back to 1550 BC when Eber's Papyrus mentions its use to honor Egyptian gods, embalming the dead and, curing the sick. However, even before this, there is evidence that it was cultivated in the Neolithic period sometime between 9000 and 7000 BC. In addition to herbal infusions (herbal tea) and tinctures, chamomile has been used in brewing beer since the middle ages and the whole plant was used in the same way hops are used as a bittering agent. Its citrusy floral character makes it a popular background note for craft brewers with several hundred commercially produced craft beers using chamomile today. Additionally, the USNational Library of Medicine and National Institutes of Health, site that chamomile has been used for millennia for human ailments such as *hay fever, inflammation, muscle spasms, menstrual disorders, insomnia, ulcers, wounds, gastrointestinal disorders, rheumatic pain, and hemorrhoids *. In manufacturing, the distilled oil from chamomile is used as a fragrance in soaps, cosmetics, perfume and hair conditioners. Additionally, it is used as an antiseptic in mouthwashes, and a tobacco flavoring. It is also is popular in aromatherapy; believed to be a calming agent to end stress and aid in sleep. A chamomile infusion is also thought to be useful to suppress fungal growth on plants and seedlings by misting it over the plants. Most importantly, since I am not a doctor, I cannot speak to any of the claims for medicinal uses, but I can attest that it tastes great and helps me relax.

The daisy-like flowering plant comes from the Asteraceae family of plants which also includes sunflowers, echinacea and marigold and is a phenolic flavonoid that is linked with sleep and tranquility enhancing effects. Phenolics and flavonoids are commonly known as the largest phytochemical molecules with antioxidant properties from plants. When brewed the chamomile plant extract contains apigenin, a chemical compound that induces sleepiness when it binds to the GABA receptors in the brain. These receptors are the same receptors that bind to anti-anxiety drugs and have a calming effect. Similarly, when the apigenin in chamomile binds to GABA receptors, it has a sedative and relaxing effect. So, scientifically speaking that’s why chamomile tea along with being caffeine free can make you feel relaxed or sleepy. Our Tranquil Mind is excellent blend that includes catnip. Catnip in humans is most commonly used to treat nervousness and anxiety, along with other symptoms these conditions can cause, such as indigestion and insomnia*. Again, I am not a doctor, but our Tranquil Mind has a very large number of fans who attest that it helps them sleep and relax without the side effects of many pharmaceutical remedies. Additionally, our calming Sereni-Tea Herbal Spa Blend combines fine botanicals and has lovely spearmint and floral undertones which are calming and refreshing, reminding us to take time to balance our mind, body and spirit.

The name "chamomile" is Greek for "earth apple" and although there are many different types there are really two primary types available to consumers today for use in herbal teas although I will touch on all three types. Each has a slightly different taste profile but contain similar benefits and properties.

Egyptian chamomile, the variety we use in our tea blends, is cultivated in the lush and fertile Nile River Valley in Egypt and is considered the highest grade. Grown in what is known as the Fertile Crescent, this region has been called the "cradle of civilization" as it is where domesticated farming and permanent settlement began. The rich, dark organic soil is deposited from the river each fall when annual rainstorms cause the waters to rise beyond their banks and carry the natural, organic material into the fields which are then planted each October. This eliminates the need of added organic or chemical fertilizers. This type of chamomile reaches about two feet in height and, although an annual, is an aggressive self-seeder and is often confused for a perennial. Our pure Egyptian chamomile is much smoother than flowers from other sources with a slight floral undertone and naturally sweeter note and larger flower heads. Their uniform plant height and hand processing keeps the flower heads intact for better steeping.

German chamomile, also known as Hungarian chamomile (kamilla), wild chamomile, blue chamomile or scented mayweed is an annual plant also of the Asteraceae family. German chamomile is an herb that is native to southern and eastern Europe, that when fresh smells slightly like apple, and is popular throughout the world but especially in Europe as an herbal elixir and folk medicine for everything from “mean spirits” to a hangover cure and everything and more mentioned above. This is most prolifically used type of chamomile in the European tea industry because it is most easily sourced. As the seeds need open soil to survive, it often grows near roads, and around cultivated fields as a weed. Although commonly referred to as German chamomile it is grown in Germany, Hungary, and parts of Russia commercially but also in home gardens across the continent. However, most German chamomile sold in the U.S. is commercially cultivated and mechanically harvested in the United States which often leads to broken heads and more fine particulates left in the bottom of your brew.

Rarely seen in commercial tea production Roman chamomile, also known as English chamomile, garden chamomile, ground apple, low chamomile, or whig plant, is a low, hardy growing, perennial plant found in mostly dry rocky fields and around gardens and cultivated grounds. Usually growing three or four inches high, it is distinguished from other types of chamomile plants by its thick grey green leaves, woody stalk, and low profile. It also is sometimes called lawn chamomile because of the creeping roots and compact, mat-like growth. It is credited with the same properties at both Egyptian and German chamomiles but has a woodier taste that can be described as a mix of chamomile, oats, straw and sometimes a slight herbal undertone like oregano. Often, for marketing Roman chamomile is listed on packaging but this is in fact usually German chamomile because of its wide availability and favorable pricing in mass production.

How to Brew Chamomile Tea or Tranquil Mind for Relaxation

We recommend using this fine mesh tea strainer to avoid sediment in the bottom of the cup.

Chamomile as a Culinary Herb

Chamomile while excellent as a relaxing drink can be used in a number of other ways as well. Chamomile's sweetness makes it well suited for desserts such as ice cream and custards. It can make a great baking ingredient that works in cookies, cakes and other pastries when ground into a powder. 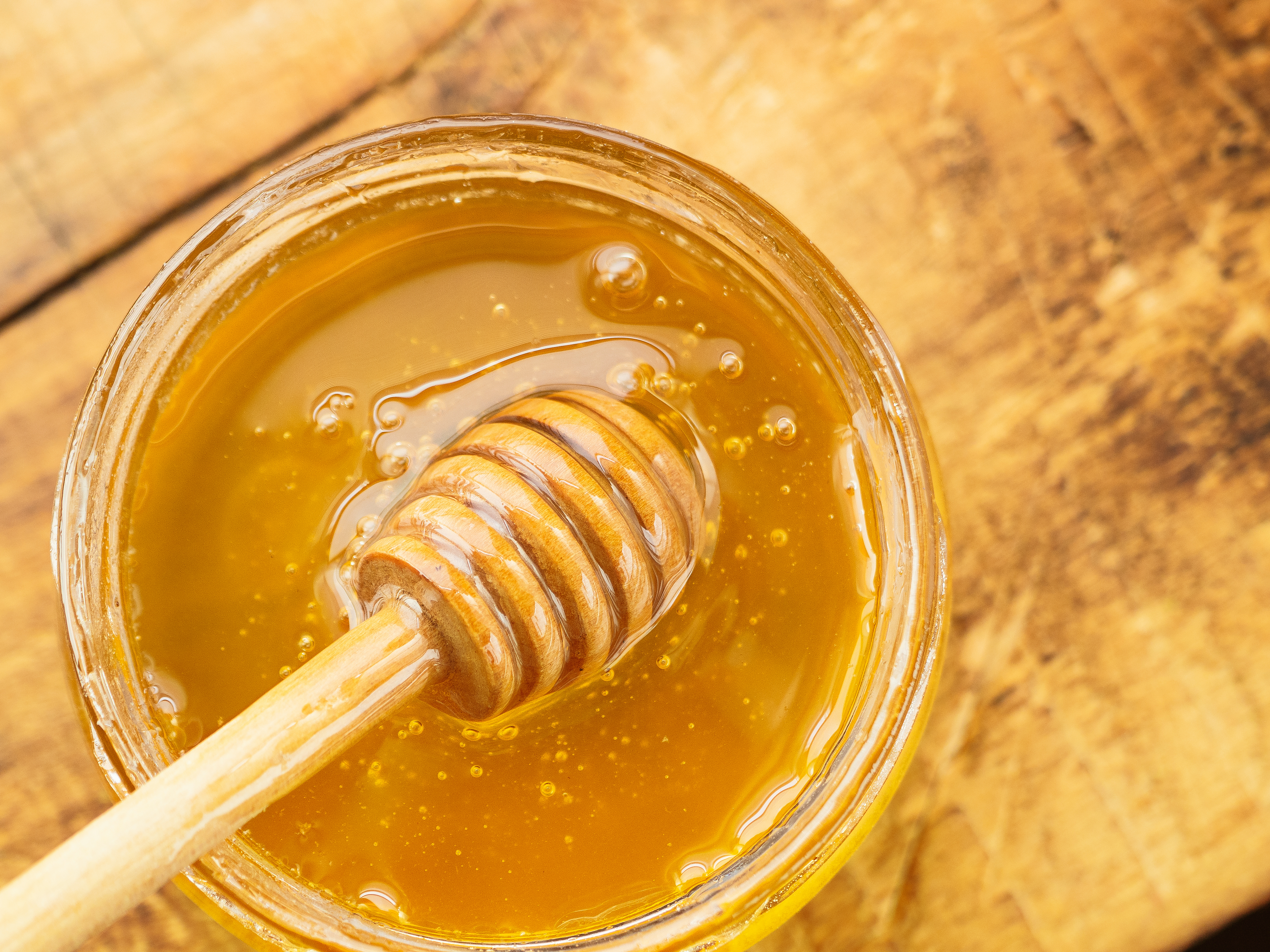 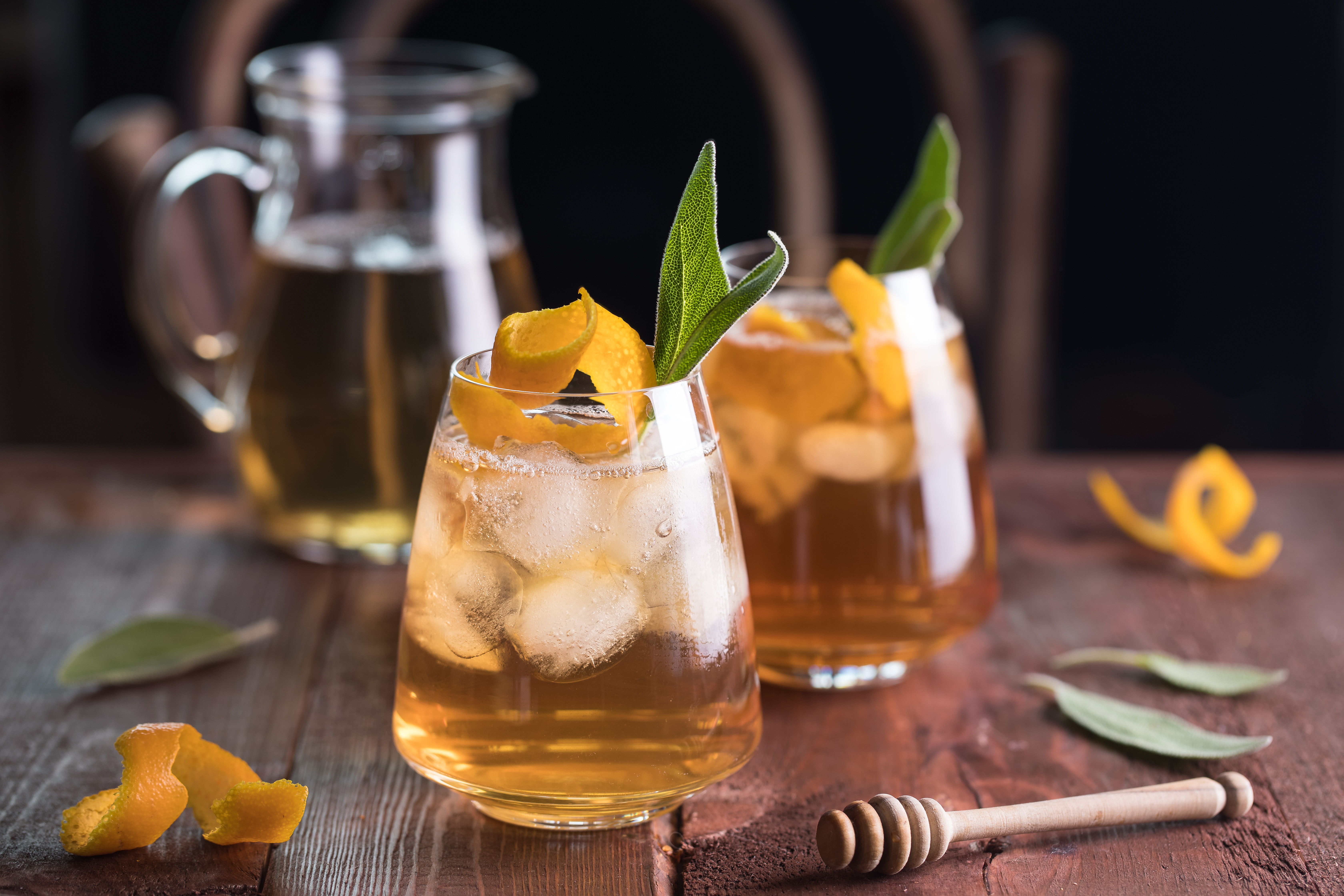 Though recognized as safe there are some things to consider when consuming chamomile. Because it is a relative of ragweed it can cause allergy symptoms in individuals sensitive to ragweed, marigolds, daisies, or similar flowers. One should also take care when taking other prescription medications when consuming any herbal teas or botanicals to avoid potential drug interactions. Always check with your doctor first if you are pregnant or nursing or giving to children.

*These statements have not been evaluated by the Food and Drug Administration. This product is not intended to diagnose, treat, cure, or prevent any disease. As we are not doctors, we have consulted several trusted sources, but it is important to do your research and consult with your healthcare professional.