It is late spring here and I find myself cooking more than I ever have in my life. Of the many changes induced by quarantine, I consider the ample time for cooking an immense and rare gift. This ritual of cooking helps punctuate the often long and languid days and offers a way to appreciate the small joy of nourishing oneself and others.

I’ve recently spent many afternoons scouring recipes online, listening to podcasts by chefs, and recalling memories of dishes that friends and family have made for me. These food memories are particularly wonderful, as they can be inspired by a single ingredient, taste or smell. Perhaps this has also been a way for me to feel connected to those who are far away––to recall sharing a meal, and to re-envision it.

While reminiscing of meals past I was transported back to a summer evening at my brother’s apartment in Brooklyn; the image of his partner chopping oregano, parsley and garlic, as the cool, lush aromas filled their small apartment and it was here that I was introduced to chimichurri for the first time.

Wanting to expand my chimichurri knowledge I learned that it is a staple sauce in Argentina and Uruguay, where many learn to prepare this magically blended recipe at a young age. Think of it as a South American pesto for meat rather than pasta as is traditional in Italy. There are most often five components: oregano, parsley, garlic, vinegar, and olive oil and it is typically served with steak as Argentina is well known for their barbecue know as adado Argentino. In its red version, tomato and red bell pepper may also be added. Chimichurri is brushed, basted, or spooned onto meat as it cooks, or onto the cooked surface of meat as it rests. We have expanded on these traditional ingredients and added tomatillo, cilantro, and other spices for a wonderfully complex blend that when mixed with olive oil and red wine vinegar becomes a wonderfully robust and versatile sauce which can be found here https://www.salty-savory-sweet.com/chimichurri/.

In my online history lesson, I read that the precise origin of the word is a tad vague but likely goes back to the Basque word tximitxurri, which can be translated as “a mix of several things in no special order.” I find this definition quite comforting for the practice of cooking. While there are moments that I measure every gesture and tend to each dish with absolute care, I also crave the freedom of tossing things together––of experimentation.

The first time I ate chimichurri was with flank steak, as its most often served in Argentina and you can find the traditional recipe at https://www.salty-savory-sweet.com/flank-steak-with-chimichuri-sauce/. With chimichurri spice on hand, one can add this sauce into their weekly cooking repertoire and try new uses and variations. Most recently, I marinated tofu in the chimichurri sauce, grilling it, and serving with couscous and grilled yellow squash. It was a delightful meal to share with my parents on a warm spring evening.

Tasting the world one dish at a time,

Asado (Spanish) is the techniques and the social event of having or attending a barbecue in various South American countries, where it is also a traditional event. An asado usually consists of beef, pork, chicken, chorizo, and morcilla which are cooked on a grill, called a parrilla, or an open fire. 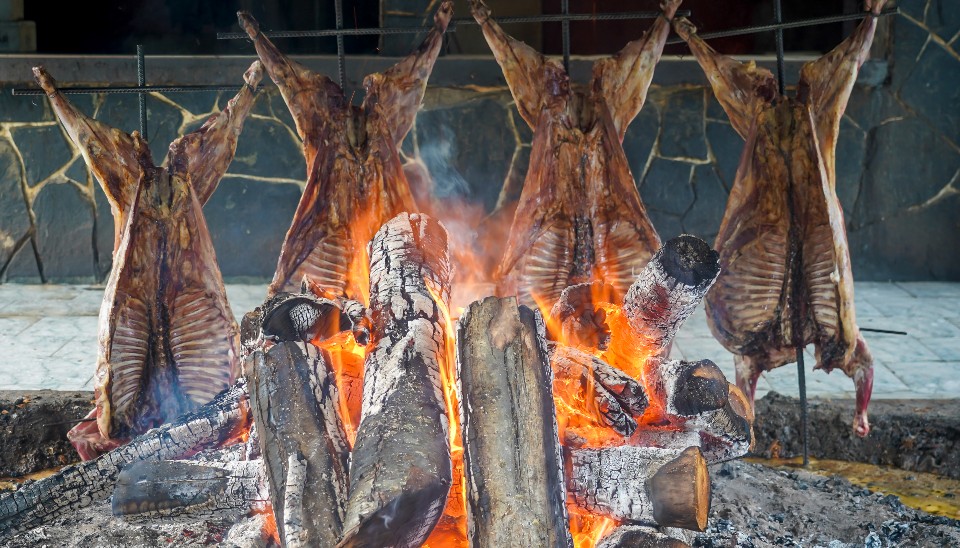