For millennia, most cooks did not specify quantities precisely, but instead used a pinch of this and a handful of that. Unfortunately, informal measurements such as a "pinch", a "drop", or a "hint" often to lead to very inconsistent and sometimes frustrating results. Today, nearly the entire world prefers metric system except the United States, and it has been found that measuring cups and spoons used in the U.S. can vary depending on the manufacturer. (Think pants sizes here!) And as of 2019 the United States is one of only three countries (the others being Myanmar and Liberia) that have not officially adopted the metric system as the primary means of weights and measures. The metric system especially when it comes to cooking or baking, is far simpler to use (especially when scaling recipes) and by using precise weight using metric measurements and a scale will give much more consistent results no matter the inconsistency from one supplier or manufacturer to another. I have really learned to embrace the metric system especially in cooking as it has allowed me to make recipes on a much more global scale. 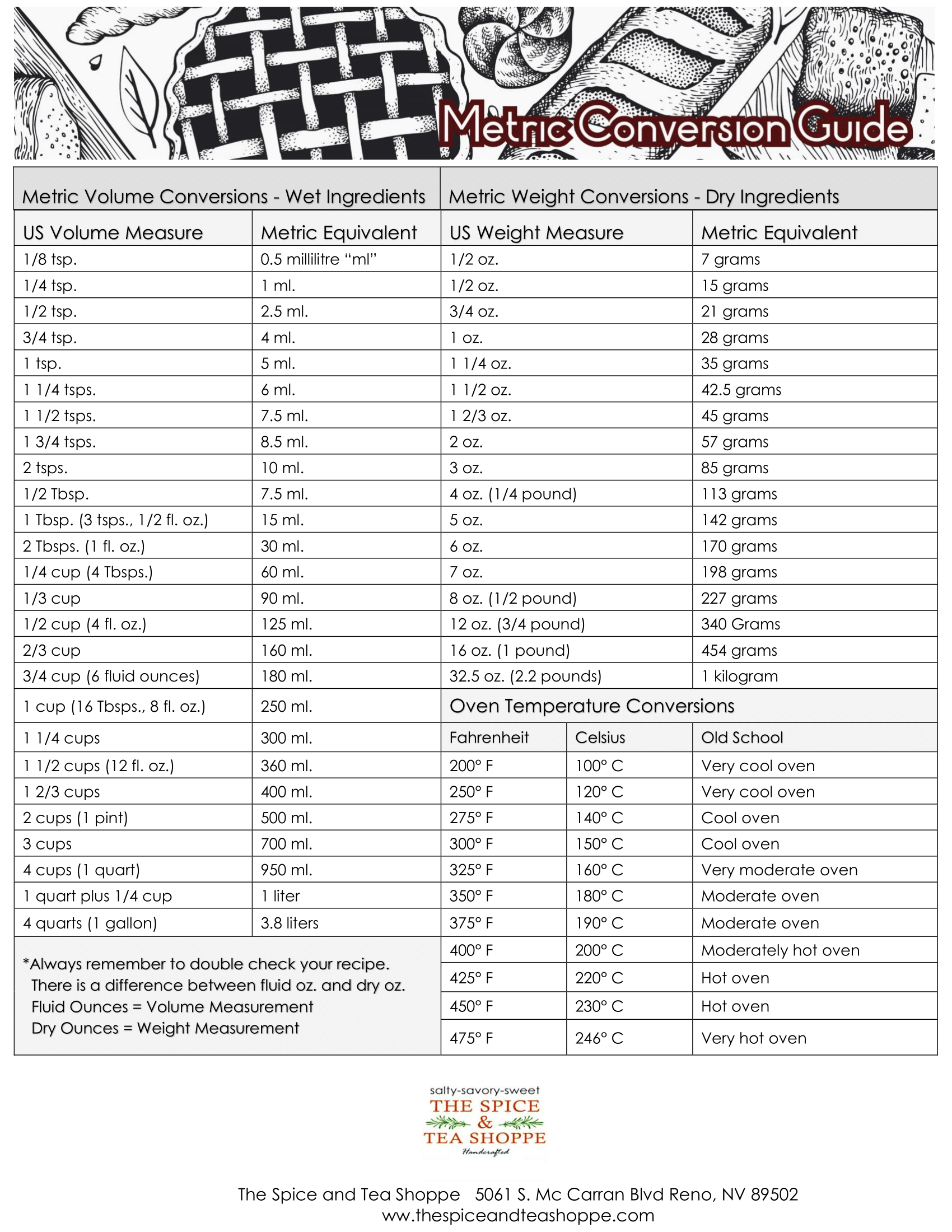